Stagedhomes.com is pleased to introduce a way for current and future Accredited Staging Professionals® to connect through Twitter.

Those of you who currently are using Twitter to connect with your network are probably familiar with the term hashtag. It’s simply a word prefixed with the symbol #, such as #Staging and #Career. Here’s how it works: Let’s say you are scheduled to attend an ASP® Course in Chesapeake, VA and you want to connect with others who will be there. 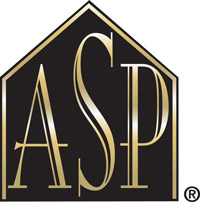